The End of the Cruel Greyhound Racing Industry is in Sight 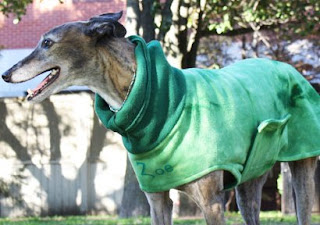 Today, the New York Times reported on the collapse of greyhound racing in the United States. In just a few years the industry has been cut in half, and even racetrack owners are now working to reduce or eliminate dog races.

The reality is that most racetracks are now losing money on greyhound races, but are legally required to subsidize dog racing in order to offer other, more profitable forms of gambling. This dog racing mandate is indefensible and should end.

At some level, even diehard greyhound breeders know that dog racing will soon end. Their angry rhetoric and personal attacks are meant to distract attention from the facts at hand. They would rather attack greyhound protection advocates than debate the merits of dog racing, or acknowledge the economic failure of their cruel activity.

Over the past few years, the public has learned more information about greyhound racing than ever before. For the first time they have been able to see inside the Tucson Greyhound Park kennel compound, and read about the thousands of dogs that are suffering serious injuries at tracks across the country.

As members of the public learn these cruel facts, public opinion is changing. A good friend once told me that the greyhound racing industry contains within itself the seeds of its own destruction. Today, I think I know what he meant. The standard practices in dog racing go against mainstream values about the humane treatment of animals. As greyhound advocates our job is simply to make these facts available to voters and ask them to make a humane choice.

It's also important to remember that social change takes time. Even though public support for dog racing has collapsed, it could take many years for dog racing to completely end. Greyhound advocates must win multiple legislative victories in order to end this cruelty, and each of those victories will be difficult.

The legislative process can be both complicated and convoluted, and in some cases good public policy can be thwarted by special interests who invest in high powered lobbyists and campaign contributions. This is certainly the case in Iowa, where a handful of greyhound breeders have so far prevented full consideration of a measure to end dog racing. Greyhound racing is a losing proposition in Iowa, but these greyhound breeders are using millions of dollars they receiving in state subsidies to perpetuate this bad policy.

My disappointment, however, is tempered by my belief that in the end good public policy will triumph. There is no question that dog racing will end in both Florida and Iowa, along with every other state. If is not a question of if, but when. We are really fighting over how long this humane change will take, and how many dogs will suffer along the way.

Finally, I can assure you that GREY2K USA will not stop fighting until the greyhounds receive the freedom they deserve. It's the right thing to do, and I know in my heart that our best days are ahead of us.
Posted by CTheil at 3:45 PM