For the Greyhounds, Lawmakers Should Create Alabama State Racing Commission 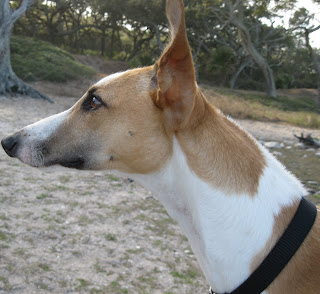 Last week, the Birmingham News reported on a proposed bill that would give lawmakers a greater role in regulating greyhound racing. This measure is a step in the right direction, but doesn't go far enough.

Under current law the members of the Birmingham Racing Commission, which regulates racing at the Birmingham Race Course, can only be appointed at a special meeting called by the Mayor of Birmingham. In practice, this gives the Mayor almost exclusive authority in determining who serves on the Commission. According to an interview State Senator Jabo Waggoner gave to the Birmingham News, the Mayor has not called such a meeting in decades:


"We've not had a change in the board in 20 years because the mayor of Birmingham has not called a meeting."

Under Waggoner's bill, lawmakers could call appointment meetings for the Commission. This is a small but important change, and I am hopeful it will become law.

However, even if this bill does pass it will not resolve all of the problems with Alabama's racing regulatory structure. The current system is permanently broken and needs to be fixed. Here are the facts:
There is a glaring lack of oversight and transparency today at Alabama's dog tracks. This failure is a direct threat to the health and welfare of greyhounds competing in the state. It also calls into question the integrity of wagers being placed at local racetracks.

For the greyhounds, Alabama lawmakers should pass Senator Waggoner's bill. Then, they should introduce and swiftly approve a new law that creates the Alabama State Racing Commission.
Posted by CTheil at 12:01 PM