Greyhound Protection Efforts Advance in Alabama, But More Work is Left to Do

The end of dog racing at the track, which has held races for more than a quarter of a century, is the result of a bizarre sequence of legislative intrigue, State Police raids, and federal indictments. In a few weeks, VictoryLand owner Milton McGregor will stand trial on charges that he allegedly conspired with others to buy and sell votes in an attempt to legalize slot machines. Ironically, the track had already installed thousands of slot machine-like devices it was using to prop up greyhound racing. Now the slot machines have been removed, McGregor faces federal charges, and greyhound racing is ending. 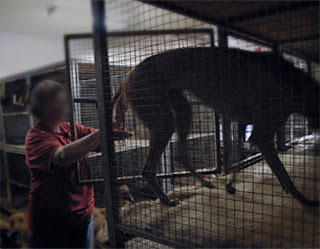 As important as this victory is, there is a tremendous amount of work left to do for greyhounds in Alabama. There are still two tracks left in the state, Mobile Greyhound Park and Birmingham Racecourse.

At these tracks, hundreds of greyhounds endure lives of confinement and suffer serious injuries. Also, in recent years several troubling cases involving drugs have been documented in the Alabama dog racing industry. For example:
Greyhounds in Alabama are also subjected to a regulatory system that is broken and badly in need of reform. The $50 fine handed down by the Mobile Racing Commission in 2009 for a cocaine positive greyhound is outrageous. Further, the Mobile Racing Commission has refused to make greyhound injury reports available to the public. Unfortunately, these are only two examples of the lack of oversight that is frequently demonstrated by Alabama track regulators. In particular, Mobile Racing Commission executive director Kip Keefer has repeatedly proven that he views his job as representing dog track owners, rather than the general public.

A former dog track executive himself, Keefer has repeatedly dismissed any legitimate criticism of Alabama's dog tracks. When media reported on the Mobile cocaine positive in May 2010, Keefer told greyhound breeders in an on line forum that the news story was an "8 month old pile of garbage." In another message, he gave greyhound breeders specific directions on how they should respond to greyhound protection groups like GREY2K USA:

"Anytime this industry is attacked the response must be swift and non-defensive in nature."

In response to this message, greyhound breeder Wendy Brotherton told Kip that he was doing a "good job," and said that the greyhound racing industry needs "to get real 'cozy' with the media in areas in order to get them to contact us FIRST before publishing anything detrimental" to the racing industry.

Keefer also publicly defended track owner Milton McGregor as recently as October 2010, authoring a letter in the Birmingham News in which he wrote:

"I have had the privilege of working for and with Milton McGregor off and on over the past 20 years. I cannot think of anyone who possesses more honesty and integrity."

Thankfully, there is reason to hope that the future is bright for greyhounds at Birmingham and Mobile. In recent years, new allies have spoken up for these dogs.

Most notably, GREY2K USA Vice President Jennifer Krebs has become the most prominent voice for Alabama's greyhounds. A former adoption volunteer who rescued greyhounds from Birmingham, Jennifer has personally seen the cruel and inhumane treatment dogs are subjected to, and writes frequently about greyhound protection issues in Alabama on her blog, Living the Greyt Life. 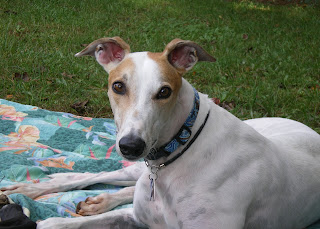 The greyhounds are also fortunate to have allies like Joe Godfrey of the Alabama Citizens Action Program and Mindy Gilbert, State Director for the Humane Society of the United States. In fact, greyhound protection efforts in Alabama are picking up steam every day, with more opinion leaders, bloggers, and humane advocates joining the fight.

With allies like these, I am convinced that our best days in Alabama are ahead of us, and the closure of VictoryLand is just the beginning.
Posted by CTheil at 11:50 AM