The Case For Direct Language


Recently I’ve been involved in an online argument with members of the greyhound racing industry over my use of the word abandoned referring to dogs they surrender for adoption. They like this word about as much as they like the word rescue because it strips away the carefully constructed veneer of caring the people in this so called sport work so hard to maintain. In fact, a well known racing spokesperson once posted an almost 700 word attack on the word rescue. The gist of the argument was it shouldn’t be called rescue because they don’t kill as many greyhounds as they used to.

But back to abandoned. My New Oxford American Dictionary defines abandon as “give up completely (a course of action, a practice or a way of thinking).” Historically greyhounds have had three options when their careers are over: be sold for medical research, be killed outright, or be adopted. Some few are returned to the farms for use as breeding stock, and occasionally one will stay with its owner, but compared to the large number of dogs bred for racing these numbers are insignificant.

Typically, greyhounds are completely given up by their owners, and this is the standard industry practice when a dog can no longer make a profit. Racing supporters like to point to the rising number of adoptions as an example of their caring and thus make a virtue of necessity. It is true that more dogs are finding homes today thanks to the tireless work of an army of volunteers, but it should be pointed out that adoption is due to the rising awareness on the public’s part of the inherent cruelty of greyhound racing and in no way affects the fact that these innocent animals would be, and will be discarded regardless because, as I mentioned, that is standard industry practice.

It is not surprising the pro-racing crowd plays up adoption because it diverts attention from the puppies that disappear before they are ever registered, the rising number of dogs that are injured and killed as money dries up for track maintenance, the increasing number of dogs forced to race with less rest because of dropping breeding rates, the increasing use of illegal drugs and the still unconscionable number of greyhounds who are simply killed, sometimes in very inhumane ways, when their careers are over.

There can be no argument that adoption is a necessary element in the fight to end this abuse and until legislators in racing states find the political courage to stop this travesty it will remain so. There can also be no argument that those who make their living by exploiting helpless greyhounds will continue to abandon them to whatever fate awaits when they are no longer able to earn money.

I would argue that we stop letting the industry and the legislators who enable them hide behind euphemistic language that obfuscates the barbarity of this so called “sport.” By confronting them with words that more honestly identify their actions and attitudes we take one more layer off that caring veneer they like to present to the public and expose the true horror in which racing greyhounds are trapped.
Posted by Fred Barton at 1:35 PM No comments: 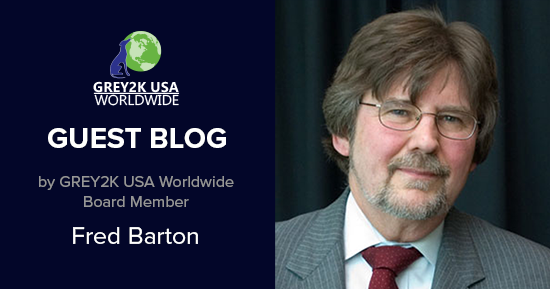 From the industry perspective, like livestock, greyhounds are brought into this world to make money for their owners, and this is their sole purpose and the only thing that makes their lives valuable. Regulations may limit how that mindset manifests itself from time to time, but it is impossible to regulate away the cruelty of racing.
Posted by Fred Barton at 12:47 PM 5 comments: