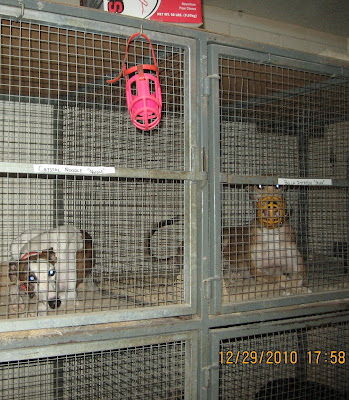 With each passing month, the evidence continues to mount that Tucson Greyhound Park is one of the worst dog tracks in the country. The latest proof of Tucson's problems come in the form of state records GREY2K USA recently obtained regarding positive drug tests.

During a span of less than four weeks in early 2012, the Arizona Department of Racing took disciplinary action against five greyhound trainers and assistant trainers for human and greyhound drug violations. Specifically:
Unfortunately, this is not a new problem at Tucson Greyhound Park. In 2007, the track was forced to close for two days after five licensees tested positive for illegal drugs. Nevertheless, these new records are another example of the sad life greyhounds endure at this low end track.
Posted by CTheil at 3:04 PM