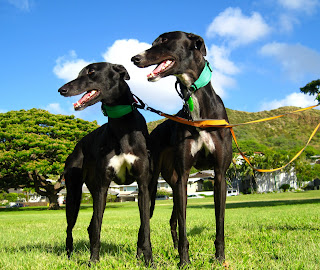 Last year, a bill to decouple greyhound racing from other forms of gambling nearly became law in Florida. The humane proposal passed both the Florida House of Representatives and Florida Senate by large margins, but failed on the last day of session when the two chambers could not agree on minor differences.

The last minute defeat of this bill was heartbreaking for greyhound advocates. In the months since the legislative session ended, countless greyhound injuries have occurred in Florida that would have been prevented by the measure's passage.

I'm happy to report, however, that the fight for Florida's greyhounds is far from over. In recent weeks, greyhound decoupling bills have been refiled in the State House and Senate. These measures will be voted on early next year, and animal protection groups already are gearing up to make 2012 the Year of the Greyhound in Florida.

Greyhound breeders recognize how important this victory would be for the future of dog racing, and I expect them to resort to extreme measures in an attempt to defeat these humane bills. Nonetheless, I am optimistic that a decoupling bill will pass in Florida next year. If greyhound decoupling does become law, dog racing will be significantly reduced and fewer greyhounds will endure lives of confinement and suffer serious injuries.

In the coming weeks, I will provide more information about how you can help this important campaign. To win for Florida's greyhounds, we will need the help of everyone who cares about these amazing dogs.
Posted by CTheil at 2:12 PM