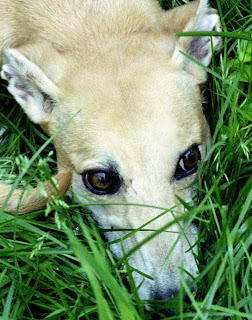 As greyhound racing is debated across the country, dog track proponents are increasingly turning to economic arguments in an attempt to save their cruel industry. According to a recent study, however, the economic impact of greyhound racing is at least partly negative.

In a 2010 article, Economic Professors from Auburn University and the College of Charleston reported that greyhound racing tends to have a negative impact on state revenues in the jurisdictions in which it exists. Specifically, the authors found that:

"Each additional dollar of greyhound handle is estimated to reduce net state revenue by a whopping and statistically significant $7.61."

In other words, for every dollar gambled on dog racing host states lost nearly eight dollars in revenue. According to the authors, this reduction is likely due to the fact that greyhound racing cannibalizes other parts of the economy:

"The casino and greyhound racing results indicate substitution away from other, revenue productive forms of spending which, ultimately, leads to a reduction in state revenues."

The study was published in Contemporary Economic Policy, a Journal of the Western Economic Association International. WEAI is a non-profit educational organization of economists, and past Presidents include eight Nobel Laureates.

This study should send a clear message to policymakers. Greyhound racing is not only cruel and inhumane, it is also an economic drain on the states in which it still exists.
Posted by CTheil at 1:55 PM