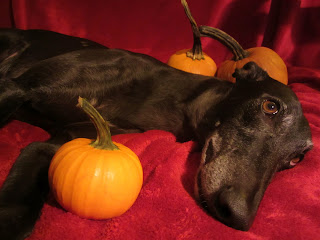 The dog racing industry is working overtime to defend their wrongheaded adoption policy, which discourages people from adopting from any group that speaks up for the dogs.

Yesterday, the American Greyhound Council (AGC), which serves as the industry's public relations arm, tried to put a positive spin on this dangerous policy. Specifically, the AGC claimed that their new policy is merely "preferring to work with moderate adoption organizations that take a cooperative, constructive approach."

Of course, for the dog racing industry a "cooperative, constructive approach" means adhering to its code of silence. The message that is being sent is very clear: if greyhound adoption groups speak up for the dogs or advocate for their welfare in any way, they will face retribution.

Meanwhile, other members of the dog racing industry are doubling down on their rhetoric about greyhound adoption. One pro-industry blog even posted a troubling message yesterday that included a reference to valuing "your greyhound:"

"If you value your greyhound, think first before you get a greyhound from an anti-racing group." 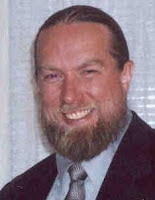 Finally, in an attempt to distract attention from this dangerous policy, greyhound breeders have begun to fabricate statements about greyhound adoption. For example, dog racing supporters have been circulating a purported "quote" they claim was made by GREY2K USA Board Member Eric Jackson. Eric is a long-time greyhound adoption advocate who serves as a volunteer for Greyhound Companions of New Mexico. According to dog racing supporters, Eric stated that "GREY2K USA is going to continue working to stop the flow of racing greyhounds into adoption."

This is a perversion of his actual statement. In reality, here is what Eric said:

"Clearly we have a substantial difference of opinion about the racing of greyhounds. I'm pleased that you continue to find homes for former racers, as we do. And if you want to actually reach the stated goal of 100% adoption, there are any number of anti-racing groups who are ready, willing, and able to help. Meanwhile, GREY2K USA is going to continue working to stop the flow of racing greyhounds into adoption by stopping the industry that breeds them without sufficient plans to rehome them."

As you can see, what Eric actually said is the exact opposite of what dog racing supporters are now claiming. I suppose we should expect this kind of political trickery from the dog racing industry, which has proven time and again that it is more interested in profits than in animal welfare.

The bottom line is that there are many wonderful adoption groups that have the courage to speak up for the dogs, and these non-profit organizations help thousands of greyhounds. One good example is the National Greyhound Adoption Program, which has adopted out more than 7,000 rescued greyhounds since its formation. Those 7,000 greyhounds would be killed, rather than find homes, under the dangerous policy now being promoted by the racing industry.

Greyhound adoption should be an area where we all put aside our differences and work together. Neither side of the dog racing debate should politicize greyhound adoption, but instead seek common ground. Sadly, those who promote dog racing are primarily interested in greyhound adoption as a public relations tool. In their own words, they want adoption groups that will be "cooperative" with their cruel industry.
Posted by CTheil at 4:26 PM