While Greyhound Racing Dies in Most Countries, New Tracks May Open in Vietnam 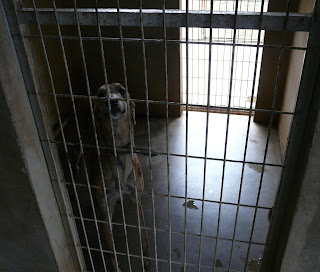 Last month, a businessman named Nguyen Ngoc My announced that he intends to build greyhound racetracks throughout the country, starting with a track in Ha Tinh Province. This expansion occurs at the same time that dog racing is dying in most parts of the world, and raises significant concerns about the welfare of greyhounds that compete in Vietnam.

My opened the first Vietnamese dog track, Lam Son Stadium, in 2000 after being granted a 25 year license. He has also been granted a 30 year license for greyhound racing in neighboring Cambodia, and is working to introduce dog racing there. According to a published report in the Viet Nam News, the track originally imported greyhounds from Australia but now operates as an independent breeding facility: 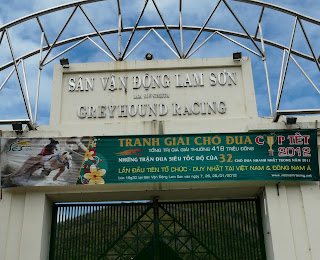 Yesterday, GREY2K USA Board Member Charmaine Settle returned from Vietnam, where she investigated the dog racing industry. She took the photographs in this post, and we will soon release a detailed report on her visit. Charmaine did indicate that there appears to be no greyhound adoption effort there.

In addition, in the last few days a local advocate named Lisa Warden has posted two videos on YouTube that she says are of the Vietnamese dog racing industry. According to Lisa, the first video documents the racetrack kennel at Lam Son Stadium, while the second video documents the way in which greyhounds are transported in Vietnam. 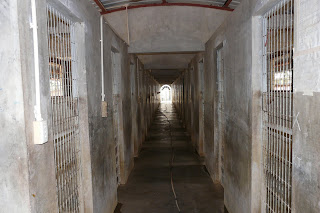 As dog racing ends in the United States and elsewhere, greyhound breeders have falsely claimed that this positive trend could somehow lead to an expansion of dog racing elsewhere. This is patently false. The sad reality is that if there are places in the world where greyhound racing can be profitable, then people will try to take advantage of these beautiful dogs for their own benefit. That will happen irregardless of what is happening in the United States or the United Kingdom.

As a humane community, we should be concerned about greyhounds suffering wherever it occurs, whether it is in Tucson, Arizona or Vung Tau Vietnam. To truly help greyhounds, we must join together as a global community and support each other, until dog racing ends everywhere.
Posted by CTheil at 1:43 PM