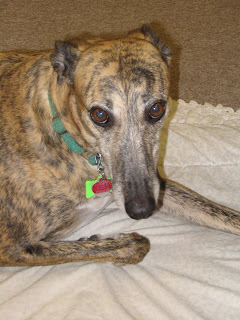 Compared to other dog tracks, Southland Park in Arkansas has received relatively little attention from humane advocates. This is partly due to the fact that for many years the Arkansas State Racing Commission refused to provide GREY2K USA with public records. That changed earlier this year, and already we are beginning to document humane problems at the facility.
According to a state document, a kennel helper at Southland was fined $200 and suspended for fifteen days in July 2011 for "mistreating a greyhound." The kennel helper was also placed on probation for one year by the Southland Park Board of Judges.

Unfortunately, we don't know exactly how this kennel helper mistreated a greyhound, because the state record provides no specific details. It does, however, indicate that witnesses testified to the "severity of her actions."

Additionally, one Judge unsuccessfully fought for a harsher penalty. In his report, he stated that the fine and suspension "does not meet with the severity of the actions, both present and past" of the kennel worker. It is unclear what past actions the Judge was referring to, because those details were similarly not released to the public.

In many ways, this document raises more questions than it answers. One thing is clear, though. For the first time, the public is being given real information about Southland Park, and will be able to make an informed decision about the future of greyhound racing in Arkansas.
Posted by CTheil at 12:51 PM