For Greyhound Advocates, Bill Maloney is the Choice for West Virginia Governor 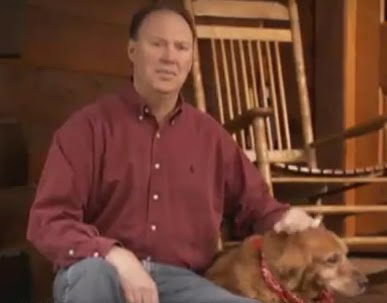 In two weeks, West Virginia voters will go to the polls and cast their ballots in a special election to determine the next governor. Greyhound protection advocates should consider voting for Republican Bill Maloney.

In West Virginia, greyhound racing only exists today because the law requires that two casinos hold dog races in order to conduct other forms of gambling. Greyhound breeders also receive millions of dollars in subsidies annually, funds that would otherwise go to the state.

Bill Maloney has rightly said that these subsidies should end. He has also featured his family dog Holly, a golden retriever, in several campaign ads. My favorite ad starring Holly is named Reliable, and compares Holly's reliability to Maloney's vision as governor.

Sadly, Holly passed away a few weeks ago. Maloney's thoughts on her passing, though, tells us a lot about his humane values:

"Holly was there with us for every step of the way: From parades to festivals, she enjoyed every minute of the campaign trail ... we would like to thank everyone for their support during this difficult time. Holly was special to all of us and will be greatly missed by people all over West Virginia."

By contrast, Maloney's opponent is long-time politician Earl Ray Tomblin. Tomblin's mother and brother are both greyhound breeders and he has staunchly defended greyhound racing, an industry that is cruel and inhumane.

On the other hand, if Maloney wins West Virginia will finally have a governor who understands that the state subsidies for greyhound racing should end.

Our efforts to protect greyhounds are supported by people from all walks of life and political perspectives. We receive just as much support from conservative Republicans and we do liberal Democrats. For greyhound protection advocates, the choice for West Virginia Governor is clear. Vote for Bill Maloney.
Posted by CTheil at 12:04 PM