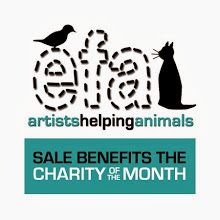 This courageous stand should be an example for all of us. Etsy for Animals was faced with a choice: to continue speaking up for greyhounds, or be silenced by promoters of a cruel industry. They chose to do right by the dogs, and for that we should all be grateful.
Posted by CTheil at 4:32 PM