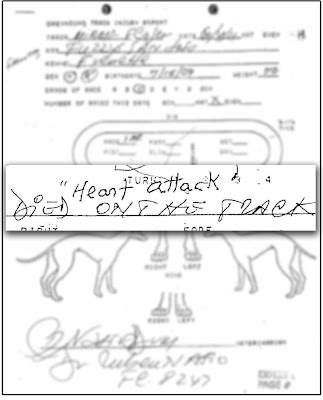 Anyone who remains undecided about greyhound decoupling in Florida should consider the sad fate of Fuzzys San Jose.

San Jose was a one-year-old fawn greyhound who died at Flagler in Miami on June 4, 2011. During his final race he fell before the escape turn, suffered a heart attack, and died on the track.

According to state records GREY2K USA recently obtained, San Jose was one of fourteen greyhounds who were injured at Flagler between June 4, 2011 and July 12, 2011. Of these, ten greyhounds suffered broken legs, and a greyhound was euthanized after suffering a broken back.

This is why we need to pass greyhound decoupling in Florida. Currently, racetracks are required to hold dog races in order to offer other, more profitable, forms of gambling. This linkage makes little sense.

It is important to note that the owners of Flagler have shown leadership in urging Florida lawmakers to end the law linking dog racing to other forms of gambling. Their leadership is one of the reasons why I am optimistic we can pass this important humane bill in the next legislative session.

Even though it is too late to help San Jose, we have the opportunity to help other greyhounds like him. Until we pass greyhound decoupling, countless dogs will continue to suffer and die at racetracks across the Sunshine state.
Posted by CTheil at 11:47 AM