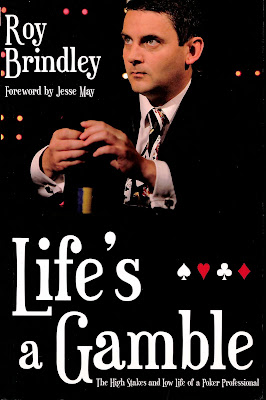 "Berland’s impact on National meets has also been significant. The record-breaking sale of Flying Train in 1991 for $56,000 started the ball rolling with big-dollar sales at the auction."

Unfortunately, there is another side to this story.

In 2009, Bantam Press published an autobiography by professional poker player Roy Brindley titled Life's a Gamble. In this book, Mr. Brindley writes that he worked at Vince Berland's farm in the Fall of 1995, and says that his job was to prepare greyhounds owned by Berland for one of the big annual meets:

"My new role was with one of the biggest operations in the US, Flying Eagles Kennels, also in Abilene but on the other side of town. My brief was to train sixty dogs, young puppies, in preparation for just two big races; afterwards they'd be put through a public auction. Their sale price would depend their performance, and I was promised a share of the revenue made from the sale of the dogs by Vince Berland, owner of the operation."

Brindley then writes that things initially went well, and he found the Berlands to be "decent upstanding God-fearing people." After about a week, however, he says that his time at the farm took a turn for the worse. After some of the greyhounds were time tested, Brindley says he overhead a disturbing conversation between Vince Berland, his son Lance and a family friend named Greg, in which Berland directed his friend to kill several greyhounds because their times were not fast enough. Brindley writes:

"Moments later the door into my kennelling area opened and in walked Lance and Greg. I looked at them in total shock, the kind of shock that makes you just stare or gives you an urge to run from the scene, like witnessing a nasty car accident. Surely I had got it all wrong. Surely they weren't going to take these animals to the vet to be put to sleep. The word 'kill'. It was so brutal.

The dogs were taken outside and loaded on to the truck. It did not head out towards the main gates and on to the open road but down a dusty trail towards the far reaches of the ranch. I listened intently, wondering where exactly it was headed, and I could still hear the engine noise as it pulled up again and the engine was turned off. I heard a metal door to one of the dog's compartments on the transporter swing open, violently enough to make a clattering noise, and then, BANG! Moments later, BANG! again, and again and again. Never in my life had I experienced first hand such barbaric behaviour. Those loving, adoring animals had been slaughtered by gunshot."

A few hours later, Brindley says that he went to the location where he heard gunshots, and discovered a pit full of dead greyhounds. Brindley then writes:

"Here was the brutal truth. Any dog considered incapable of winning races was brought down here to be shot. The stench of death got into my clothes and my hair. I can smell it to this day. And what I saw has haunted me ever since."

Brindley says that he went to the National Greyhound Association (NGA) the next day to report what he had seen, but the NGA had no interest in taking action:

"The response was automated, as if it were the sort of thing people normally asked: 'Here at the NGA we are purely a registry organization. We register matings, whelpings, and ownership. That is where our function ends.'"

Brindley further says that he then went to the local sheriff, who told him that what he had seen was not against the law.

I know of no evidence that proves or disproves Mr. Brindley's account of his time at the Flying Eagles farm, but believe his story deserves to be told. If what he writes is true, then tomorrow's induction of Vince Berland into the Greyhound "Hall of Fame" will be a sad day for thousands of greyhounds.
Posted by CTheil at 1:19 PM