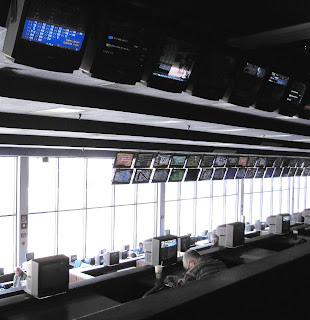 As the number of greyhound tracks shrinks across the United States, the remaining dog racing facilities are increasingly dependent on "simulcast" gambling from other states for their survival. This is a dangerous trend that should concern greyhound advocates.

It sounds complicated, but simulcasting is actually very simple. Dog tracks broadcast their races to locations across the country where gamblers can place bets. When a wager is made remotely, it is pooled with the other bets as if the remote gambler was at the track himself.

In some states, gamblers are being allowed to support dog racing even though the decision has already been made that greyhound racing should be outlawed. For example, Massachusetts citizens overwhelmingly voted to ban all forms of gambling on greyhound races in 2008. Despite this clear vote, lawmakers have ignored part of this humane law and have are allowing greyhound simulcasting to continue. Working with State Senator Pat Jehlen, GREY2K USA has filed legislation to phase out greyhound simulcasting in the Bay State and this fight is ongoing.

Meanwhile, in Idaho another greyhound simulcasting fight is underway. Led by Ada County Commission Sharon Ullman and Greyhound Rescue of Idaho, citizens are asking that a 1996 ban on greyhound racing be fully enforced. In a recent guest column, Ullman made a compelling case that the law is being broken. In part, her column reads:

"The Alabama-based Greene Group operators of Les Bois Park are committing a felony every time they simulcast greyhound racing at that facility. Dog racing is illegal in the State of Idaho because of the heinous treatment of the dogs allowed by the Greene Group at their track in Post Falls, where live greyhound racing began in the late 1980’s."

Ullman also expressed frustration with government officials, who appear to be unwilling to enforce the law. 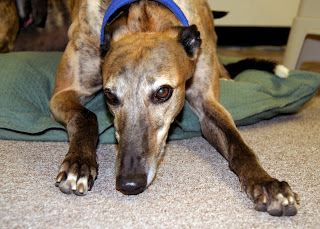 As greyhound advocates, we must not rest until all forms of dog racing are outlawed everywhere. Until then, greyhounds will continue to suffer so that a handful of dog breeders can use them as profit machines.