A Victory for Greyhounds in South Africa 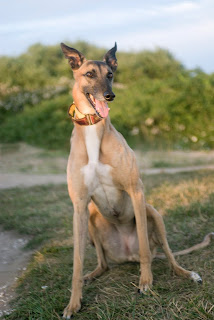 Thanks to your help, GREY2K USA has won an important international victory for the greyhounds!

Two years ago, the government of South Africa asked a special commission to investigate the possibility of legalizing greyhound racing. GREY2K USA President Christine Dorchak submitted testimony against this dangerous proposal, and met in person with representatives of the commission. We also asked you to join us in voicing your opposition to dog racing in South Africa.

Today, the Cape Argus newspaper is reporting that the commission has finished its work, and has recommended against allowing greyhound racing. According to review commission chairwoman Astrid Ludin:

“There’s a strong lobby around dog racing, but it is a very small sector. Given the limited demand and the problems associated with it, we did not think it should be legalised.”

In making its finding the commission specifically cited concerns about animal welfare, and noted that the countries that have allowed greyhound racing have struggled to address issues related to greyhound retirement and overbreeding.

This is a tremendous victory, and everyone who submitted feedback to the South African government should be proud. South Africa has made the humane choice, and shown true leadership. Will other countries, including India, now follow suit?