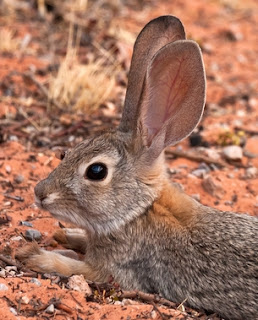 For decades, greyhound trainers routinely used live rabbits and other animals to train racing dogs. In a cruel practice called "live lure training," greyhounds would be allowed to tear these other animals apart. Trainers used this barbaric technique because they believed it caused dogs to be faster racers.

After receiving overwhelming public criticism, the National Greyhound Association claimed in the 1980's that it ended this practice. Sadly, that claim was wrong. First, news surfaced of an Arizona live lure case in 2002. Then in 2011, a Texas greyhound trainer surrendered his state license after he was caught on video using live rabbits to train dogs.

After learning of this most recent case, GREY2K USA submitted a public information request to the state of Texas asking for the live lure video footage. Our request was denied. The state did, however, provide us with a transcript of the footage. They also released an audio tape from an official hearing in which the video was played.

You can hear some of that audio here, along with excerpts from the official state transcript. Please note that some people may find this audio disturbing.

This is yet another reason why greyhound racing needs to end. It's clear that the dog racing industry is simply not capable of cleaning up its act, even when it comes to something as obviously cruel and barbaric as live lure training.

Please watch our new Greyhound Live Lure Video today and forward it to others. Then, take action to help end the cruelty of dog racing. The greyhounds can't speak for themselves and are counting on us to be their voice.
Posted by CTheil at 2:54 PM