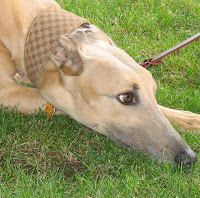 In a few days, a local planning committee in East London will rule on a proposal to build affordable housing at the former Walthamstow dog track.  If the housing application is approved, it will mark the end of a sad chapter for dogs in London.  Countless greyhounds suffered catastrophic injuries at the facility during the decades it was open, and every dog lover should hope that the housing application is approved.

A local campaign by greyhound trainers, however, is continuing to push for the track to be reopened.  After Walthamstow closed in 2008 a group of trainers, including Ricky Holloway, formed Save Our Stow (SOS).  Since then, SOS has reached out to community leaders, politicians and the media in an effort to revive dog racing at the track.

These greyhound trainers have the right to push for a return of dog racing, even though they are advocating for a policy that would be disastrous.  Their push, however, has become little more than a campaign of misinformation.  For example, mainstream animal protection groups, including the League Against Cruel Sports and Dogs Trust, had to correct the record last year after SOS supporters falsely claimed they were working to reopen the track.  Meanwhile, the Green Party constituent candidate for Waltham Forest in London, Caroline Allen, has also weighed in on the SOS campaign:


"SOS have cleverly tried to portray themselves as a community organisation, in fact they are a pro-racing body." 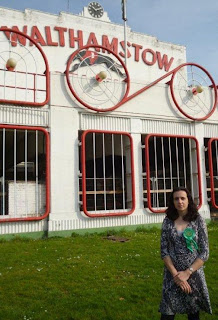 
"These seem to have some significant shortcomings of their own, even if you set aside the economic illiteracy and animal welfare nightmare that is the return of greyhound racing."

Incidentally, later this week London citizens will head to the polls and local dog lovers would do well by casting their ballot for Allen.

Meanwhile, in the final days of the Walthamstow debate the SOS campaign has sunk to its lowest level yet.  The group is now claiming that the housing proposal should be rejected because it could eventually require taxpayer funding.  According to a March 29 statement from the group:


"Saveourstow has been saying for ages that L&Q’s scheme is non-viable-they will lose £30m of part public money should they build their development."


Londoners should be skeptical of this claim, which after all is being made by a group of greyhound trainers with a direct financial interest in the proposal being rejected.  The statement is also deeply ironic, in light of the fact that the same greyhound trainers want government subsidies for their businesses.

On February 25, SOS spokesperson Ricky Holloway said on live television that he wanted to "get funding from central government" to subsidize dog racing.  Also, when he was asked about how he would turn around the fate of the dog racing industry, which is clearly dying, he said:


"I would go knocking on government's door." 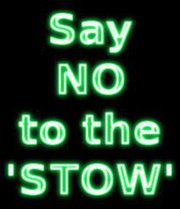 That's right.  Apparently, there are two Ricky Holloways.  One Ricky Hollway is a fiscal conservative who doesn't think the government should subsidize housing.  Meanwhile, the other Ricky Holloway wants to "go knocking on government's door" and ask for a taxpayer bailout for greyhound trainers.  In light of this hypocrisy, perhaps the SOS campaign should be renamed.  Rather than Save Our Stow, they would be more aptly called Subsidize Our Sport.

Hopefully, elected officials in London will see through this smokescreen and do the right thing by approving the Walthamstow housing proposal.

The lives of greyhounds could depend on it.
Posted by CTheil at 3:51 PM