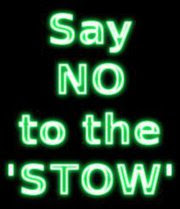 In London, the future of the iconic Walthamstow greyhound track was delayed this week when Mayor Boris Johnson announced that he has not yet received paperwork for a proposal to turn the track into affordable housing.  The Mayor was expected to make a decision this week on the future of the track.

Meanwhile, the Guardian is reporting that one of the planning officials who voted for the housing plan has received death threats.  Their report quotes Waltham Forest Council Chief Executive Martin Esom, who says that a "direct threat of physical violence" was made against the family of a councillor.  Their report also states:


"After the decision a small group of furious campaigners ran up to the table where the councillors were sitting and shouted at them while pointing in their faces."

From the very beginning, dog racing supporters have run a campaign of misinformation and intimidation in an effort to revive greyhound racing at Walthamstow.  These death threats, however, cross the line and are another reason why the Mayor should let the housing proposal move forward.  If Mayor Johnson sides with dog racing supporters and overturns the proposal, he will send a dangerous message that these kind of tactics can work.

I agree with Council Chief Executive Esom, who called this intimidation "unacceptable criminal activity."  Now Mayor Johnson needs to make it clear which side he is on.  Does he support affordable housing, or will he side with dog racing supporters who use threats and intimidation to get their way?

If you haven't already, please e-mail Mayor Boris Johnson today at mayor@london.gov.uk.  Tell him that greyhound racing is cruel and inhumane, and should not be allowed to return to Walthamstow.  It's important that he hear from everyone who cares about greyhounds.  Then, we can all find out which side he is on.