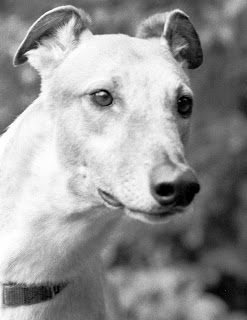 This morning, the Houston Chronicle and Galveston County Daily News both reported that six dogs recently died at Gulf Greyhound Park in Texas from a mystery illness that may be canine influenza. According to the Chronicle report, the track cancelled last weekend's races as a result of the outbreak and about 80 dogs are still sick.

Sadly, this is not the first outbreak of illness in the greyhound racing industry. Similar outbreaks in recent years have killed dogs at tracks in 11 states, including Florida. According to the Centers for Disease Control (CDC), these outbreaks were caused by a form of horse flu that had never before jumped species.

This new canine influenza has also spread to the general pet population, and according to a 2005 Boston Herald report can kill seemingly healthy dogs in a matter of hours:

"The greyhounds that perished in Wonderland's kennels died a death that no one would envy - a sudden onslaught that left some previously hearty racers dead in four hours."

Gulf Greyhound Park intends to resume racing as soon as tomorrow. Meanwhile, the first dog that died has been taken to Texas A&M University for a necropsy to determine the cause of death. If this necropsy confirms that the dog died from canine influenza, other racetracks across the country would be wise to closely monitor the greyhounds at their facilities for any sign of illness.

Finally, it's important to keep in mind that at racetracks across the country hundreds of dogs are kept in warehouse style kennels. Greyhounds are also routinely transferred from track to track, making it possible for disease to spread quickly. Taken together, these two standard practices in the dog racing industry have created an ideal situation for the spread of canine influenza.
Posted by CTheil at 1:40 PM