What Will Greyhound Race Promoters Say Next? 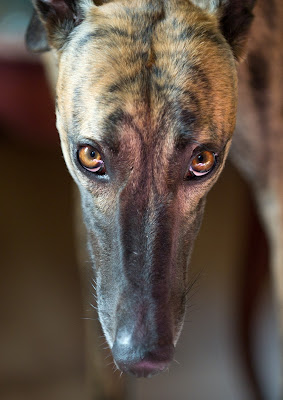 For years, greyhound breeders have personally attacked GREY2K USA and our supporters. These attacks are an intentional strategy designed to protect the cruelty of greyhound racing. One of the top supporters of the dog race industry, Rory Goree, admitted this last year when he wrote:


"Keep pressing grey2k - force them into defense mode - do not allow them to play offense. Make them spend time and resources defending themselves instead of attacking the industry."

Thankfully, this cynical strategy is having absolutely no impact. While greyhound breeders spend all of their time attacking us, dog racing continues to decline. Gambling on greyhound races has now dropped for nineteen consecutive years.

That is why, most of the time, we simply ignore this nonsense. Dog race promoters can attack us all they want, while we stay focused on the task at hand. I also suspect that greyhound breeders believe they can somehow intimidate us with these caveman tactics. But instead, these personal attacks only inspire us to work even harder for the dogs.

Once in awhile, though, it's worth taking a moment to diffuse some of the most egregious lies that dog race promoters spread about GREY2K USA and our work.  For example, in recent days greyhound breeders have been circulating a phony chart which claims that GREY2K USA's two founders receive as much as 42% of all expenditures in compensation.

There is, however, one problem with this claim. It is completely false.

To arrive at these phony figures, greyhound breeders magically invented hundreds of thousands of dollars in expenditures that don't exist. Specifically, they nearly doubled salaries for every year over a six-year period by including statements that were filed with the Massachusetts Secretary of State, Lobbyist Division. Because GREY2K USA fights for greyhound protection laws, we are required in some states to register as lobbyists. Some of these states also require that we report part of our salaries. These are not additional expenditures, they are the same expenditures that we publicly report every year. To arrive at their phony figures greyhound breeders pretended as if these were additional expenditures, which is simply a lie.

But their deception doesn't stop there. After creating these phony expenditure figures, they began to circulate them on the internet with sensational messages like:

"WOW! They are the ultimate greyhound profiteers!!!"

Of course it's deeply ironic that attacks like this, based on made-up phony numbers, would come from people who actually do profit from the suffering of greyhounds.

Here are the facts.
The bottom line is that we are an efficient, effective non-profit organization that is winning the fight over dog racing despite being heavily outspent.

These dog race promoters can make up all the phony numbers they want, and attack us until the greyhounds come home. It will have no effect on our campaigns, and will not save their cruel industry. These personal attacks should be seen for exactly what they are: the last gasps of a dying industry that doesn't realize its fate is already sealed.