A Plea for Dog Race Transparency in New Zealand 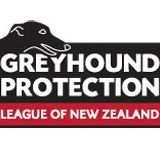 This request comes only a few months after a groundbreaking investigation by television program 60 Minutes, which found that hundreds of greyhounds are disappearing every year in New Zealand. These dogs are officially being reported as "retired," even though 60 Minutes proved that in at least some cases they had actually been killed.

So far the greyhound racing industry has resisted an independent inquiry, and instead commissioned its own study. Members of Parliament should be skeptical of this review, and keep in mind that dog race promoters have a vested interest in covering up greyhound deaths.

As this debate moves forward, there is one thing I'm certain of. The Greyhound Protection League of New Zealand will continue to fight for the greyhounds, and call for change. We are proud to support its efforts, and look forward to working with this bold group in the years ahead.
Posted by CTheil at 10:54 AM