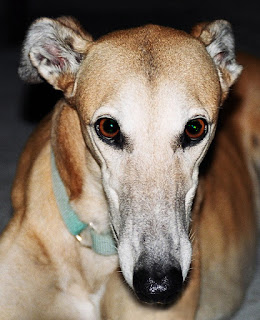 Two weeks ago I sent a letter to Pensacola Greyhound Track to express my outrage over the neglect of a dog named Starring Act, who was injured in a dog fight on January 3. After the incident Starring Act was taken back to his cage by a kennel helper, who then tried to reach James Viles, the trainer responsible for the dog. Meanwhile, a second greyhound was fatally wounded and died within moments.

After consulting with track officials, the racing kennel decided against taking Starring Act to a local clinic and instead waited for a track veterinarian to arrive. The dog waited in his cage for more than five hours before being examined.

When a veterinarian finally saw Starring Act, she found that he had "received serious injuries to the neck, right front leg, and left rear leg." She euthanized Starring Act in the racing kennel because "due to the extent of the injuries ... she feared that moving the dog to her office would cause pain and suffering."

Starring Act should have received immediate care. He was failed by his trainer, his kennel, and Pensacola Greyhound Track. In my letter to the track's general manager I wrote:


"As a result of poor decisions that morning by Viles, in consultation with track veterinarian Dr. Hofmesiter and track racing officials, Starring Act was left in his cage for more than five hours before receiving veterinary care. There can be no doubt that Starring Act suffered as a result of these mistakes and was failed by your facility."

I also offered to assist Pensacola Greyhound Track in creating an emergency veterinary care policy, to ensure similar mistakes do not happen again. As of today, I have not received a response.

Finally, it's worth noting that trainer James Viles has a long history of state violations. He has been investigated 28 times for drug positives, animal deaths, and other issues. He has been fined by state regulators 15 times and formally reprimanded.

Starring Act suffered because the commercial dog racing industry puts profits ahead of animal welfare. He raced over 100 times for the gambling industry, but in the end wasn't even worth a trip to a local veterinary clinic when he needed immediate help.
Posted by CareyTheil at 4:56 PM