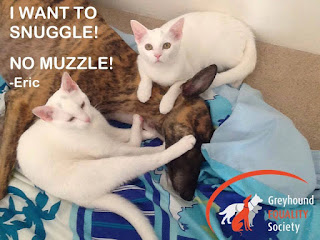 GRV is trying to start a new chapter when it comes to commercial greyhound racing in Victoria. Its position that the government should mandate the muzzling of adopted greyhounds is a serious misstep, and one the group should reconsider.
Posted by CareyTheil at 3:56 PM