The Great Bend Towards Justice 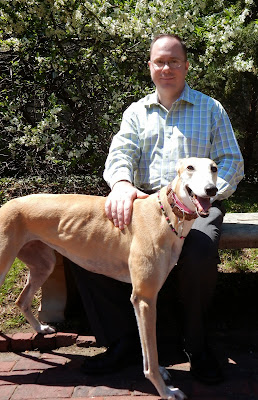 Nearly two centuries ago, abolitionist Theodore Parker gave voice to the idea that the arc of the moral universe bends towards justice. Although I believe this to be true, change can also be disappointingly slow.

Saving Greys has been silent for several months, because I have been deeply engaged in fights to help greyhounds in several states. The legislative season is almost over, and the greyhound protection community did win important victories, including a $2 million reduction in dog race subsidies in West Virginia.

At the same time, I'm deeply disappointed by the work that has been left undone. Although the Florida Senate unanimously passed a greyhound injury reporting law, the House never followed suit. Greyhound decoupling passed three Florida committees, but never advanced to the floor of either chamber. Meanwhile, Lawmakers in Oregon and Connecticut neglected to vote on proposals to outlaw dog racing.

Of course, not ever year can be like 2014, when we helped pass multiple major pieces of legislation to help greyhounds and end dog racing. Still, it's easy to be frustrated when we see greyhound continue to suffer while change is delayed.

It's important to keep in mind that commercial greyhound racing has existed for more than eight decades. After its introduction in Florida in 1931, it took the industry a full sixty years to peak. At its high point, dog racing was legal and operational in nineteen states, and roughly $3.5 billion was bet on greyhound races nationwide.

Today, the industry has shrunk to only 21 tracks in seven states. In the two decades between 1991 and 2012, the most recent year we have data for, gambling on greyhound racing fell by 81%. Similarly, since 2012 betting on dog races in Florida, where twelve tracks are located, declined by a further 6.5%.

It's also very notable that the movement to end greyhound racing has gone global. There are now active campaigns to reform or end greyhound racing in Great Britain, Australia, Macau and New Zealand. Just last week John Kaye, Greens Member of the New South Wales Parliament, introduced the first ever bill to outlaw dog racing Down Under. He has launched an informative web page and petition, and deserves our support.

Every year, we grow stronger while the commercial greyhound racing industry grows weaker. GREY2K USA now has more than 100,000 supporters worldwide. We have an expanding team of researchers and advocates, and have established key relationships with allies like the ASPCA, Humane Society of the United States, League Against Cruel Sports and Animals Australia.

Meanwhile, dog race promoters have added nothing substantive to the debate. Their cynical strategy of personal attacks has failed, and their cruel industry is slowly slipping away one day at a time.

The moral arc of the universe does bend towards justice, and we are winning the fight to end greyhound racing. Although it pains us to see the daily suffering of racing dogs, we must be patient and stay the course.
Posted by CareyTheil at 3:54 PM