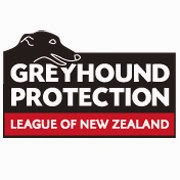 The New Zealand dog racing industry is again under fire, after news program 3rd Degree reported last night that a greyhound death pit was discovered on the property of a notable greyhound trainer. The pit included multiple greyhound bodies that had been burned, and numerous skeletal remains.

The pit was found on the property of Phil Green, a Greyhound Racing New Zealand board member who heads up the industry's supposed welfare committee. As Greyhound Protection League of New Zealand founder Aaron Cross told 3rd Degree, Phil Green is a personification of the industry itself.


"I've got nothing but respect for the dogs ... I believe the dogs deserve to die gracefully."

Green also told 3rd Degree that he has become a scapegoat for a practice that is widespread in the racing industry:

"You obtained the footage, and it'll be looked at, and people will put a slant on it, and the general public will perceive it as being horrific."

Of course, this is nothing more than an attempt to rationalize greyhound cruelty. Young healthy dogs do not "deserve to die gracefully." They deserve to live with a family in a loving home. Green's denial is proof that the greyhound racing industry will go to any lengths to defend its inhumane practices. When it comes to commercial dog racing, apparently no one is responsible for its perpetual cycle of suffering and death.

Thankfully, the greyhounds have committed grassroots groups fighting for them, like the Greyhound Protection League of New Zealand. GREY2K USA Worldwide helped fund part of this undercover investigation, and we are proud of our role in the effort. We look forward to working with our allies in New Zealand for years to come, and I'm confident that together we can bring about change.

Posted by CareyTheil at 4:02 PM