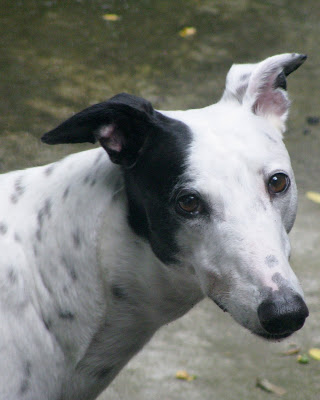 Yesterday, the Wichita Eagle published a letter from Gary Guccione, one of the nation's most prominent supporters of dog racing.

Guccione, who is the Secretary-Treasurer of the National Greyhound Association (NGA), was responding to a pro-greyhound letter published days earlier by GREY2K USA Board Member Caryn Wood. The NGA is an organization that was formed decades ago to support the dog racing industry.

Guccione argued that "racing greyhounds are among the best-cared for animals in the world," and claimed that they know exactly how many greyhounds are adopted out each year. Specifically, he wrote:

"Almost 95 percent of all racing greyhounds are either adopted or returned to the farm when they retire."

This would be good news for greyhounds, if it were only true. There is only one problem: it isn't. In fact, just seven weeks ago the same Gary Guccione told a completely different story to a Colorado adoption advocate.

Specifically, Guccione was asked about what happens to greyhounds that are bred in Colorado. His message was forwarded to us when we were asked for the same information. When Guccione was put on the spot, here is what he wrote:

"No cumulative annual records are available that we're aware of on disposition, whelped, where they race, where they end up, etc."

Finally, we hear the truth. The National Greyhound Association has absolutely no idea how many greyhounds are adopted each year and how many are euthanized. Sadly, greyhounds are not being tracked by anyone and their ultimate fate is completely unknown.

The NGA's 95% adoption claim is a myth that dog racing supporters have been perpetuating for years, a false statement they have made over and over again in an attempt to defend this cruel industry. From this point forward, the NGA should be challenged every time they make statements on greyhound adoption. They are clearly not a reliable source.
Posted by CTheil at 3:49 PM