A word from Mark Twain 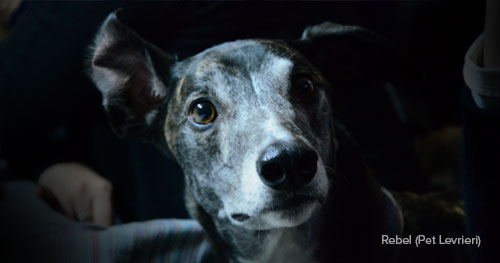 By Fred Barton, GREY2K USA Worldwide Secretary “Never argue with stupid people, they will drag you down to their level and then beat you with experience.” – Mark Twain

When Tourism Ireland and Fáilte Ireland made the recent decision to stop promoting dog racing, you might think that greyhound breeders would engage in a wee bit of introspection. But oh no, not that! Instead they launched a vulgar campaign of harassment against a hotel that was set to host a greyhound welfare conference. More on this strange turn of events in a moment.

I suppose this is the kind of belligerent behavior that one can expect from delusional dog breeders who think that treating dogs like garbage is a selling point, or that the frequent news stories about cocaine-positive greyhounds is somehow a promotional draw? But the truth is that dog racing has been exposed as cruel and inhumane, and the public is responding.

Take Tourism Minister Shane Ross for instance. When he learned of the Irish Greyhound Board’s cover-up of its own report showing an industry wracked with debt, he put his foot down. Like millions of viewers across the globe, he had just seen RTÉ’s damning documentary­, Running For Their Lives. But unlike most others, he was in a position to do something about it.

Minister Ross had been saddened to learn that the IGB overbreeds dogs on a massive scale and as a result, breeders and owners send 6,000 greyhounds to die, many in slaughterhouses, each year. Legislators even reward this cruelty with more than €16 million in annual handouts! Stunned and appalled, Ross immediately removed all dog racing-related information from the Tourism Board’s website and materials.

“It seems to me there was absolutely no anxiety on the board of directors to make public the information which is now found to be utterly unacceptable,” said Ross. He wanted nothing more to do with “the utterly revolting activities that were going on” and stated that these revelations had “cast a dark cloud over the entire industry.” Umm...yeah. Agreed, but if you’re just noticing the "dark cloud" over racing, you haven’t been paying attention. There’s been a dark cloud over racing since before Mr. Guinness decided he’d like to try his hand at brewing beer.

By contrast, Minister Ross’ Deputy, Martin Ferris, joined the deniers, blaming any cruelty that could be happening on “a few bad apples.”

With all due respect to the Honorable Mr. Ferris, that would depend on what your definition of “a few” is. See, when you’ve got more bad actors in an industry than people at a cricket match in Malahide that’s a problem. All I’m saying is that it takes a lot of people to kill 6,000 greyhounds a year ...

Ferris even went on to claim that “many people would feel that the small boys and the small girls of the industry are being victimized.” Wait, what? Victimized? Because they won’t have the opportunity to grow up and kill innocent greyhounds? Mister, you sure have a strange definition of “vocational education.” But, OK, OK. Let’s give the devil his due. Let’s give this imagined majority of peaceful greyhound breeders and racers another chance.

It turns out that a contingent of greyhound advocates from around the world is coming to Dublin for a conference next month. So here’s your chance to set the record straight, to speak truth to power, and to get out the whole story about just how great racing is for the greyhounds! What do you say?

Sadly, instead of taking the high road or attempting to dialogue with greyhound rescuers, racing interests showed their true colors once more. As reported in The Journal, a well-known Dublin Hotel was forced to turn away an international meeting of greyhound advocates after being “inundated with crank and abusive phone calls.” In a public statement, management said that its staff members were repeatedly threatened, placing the establishment, its guests and workers in “an extraordinary situation which cannot be justified.”

I wonder how many of those poor “victimized” boys and small girls were in on those calls? Job shadowing you know …

The Greyhounds Around the Globe conference has been relocated. Learn more and join us at grey2kusa.org/greyglobe.
Posted by Fred Barton at 3:34 PM